The Ireland Palestine Solidarity Campaign, in association with the Progressive Film Club, is proud to present an Irish Premiere screening of a new documentary about Israel's Winter Offensive in Gaza. The screening will take place at 3pm on Sunday 15th November in The New Theatre (Connolly Books), Essex St, Temple Bar, Dublin 2. 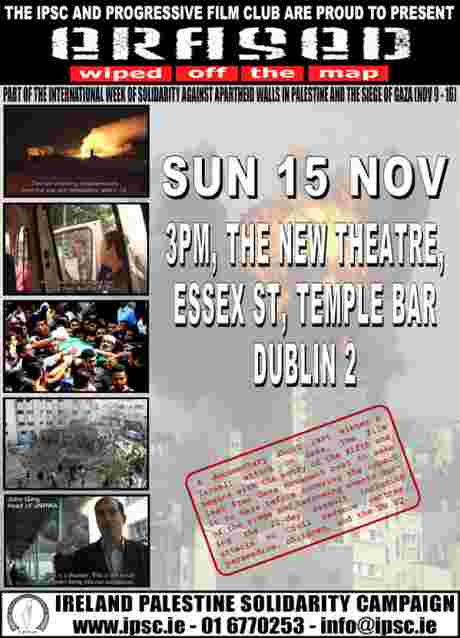 On December 19, 2008 a group belonging to International Solidarity Movement (I.S.M.), deparated from Cyprus bound for Palestine. Their objective was to break through the Israeli blockade on the Gaza strip. They were the last group of foreigners that were able to enter in the territory. None of them dreamt what they were going to live through in the following weeks.

The screening of this film will be the final Dublin-based event in the IPSC's Week of Solidarity Against Apartheid Walls in Palestine and Against the Siege of Gaza.