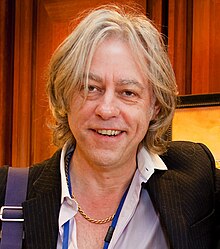 Your decision to accept an honorary doctorate from Israel’s Ben-Gurion University (BGU) has come as a shock to many of those who respect your humanitarian activities. Before you travel to Israel, there are a number of points that you might consider.

You might consider that David Ben-Gurion, Israel’s founding father, believed that Jews were "more intelligent and diligent" than Arabs and hence should receive higher wages, and supported compulsory transfer of indigenous Palestinians from an ethnic Jewish state: "I support compulsory transfer. I don’t see anything immoral in it." Ben-Gurion, after whom the university offering you this doctorate is named, thereby set down the template for an Israeli state premised on racism and ethnic cleansing.

If you believe that BGU, being a university, somehow stands above all such matters, then you might consider that South African academics from the University of Johannesburg (UJ) have called for BGU to be boycotted because "by maintaining links to both the Israeli Defence Force… and the arms industry BGU structurally supports and facilitates the Israeli occupation… BGU is also complicit in the general discrimination at Israeli universities against Palestinians and Palestinian citizens of Israel." (1)

You might consider – and read – the 45-page report produced by the UJ Petition Committee  providing a broad overview of BGU’s practices in relation to the Israeli army, Israel’s occupation, discriminatory practices and the suppression of academic freedom. (2)

You might also consider whether it is appropriate to continue with your plan to attend a conference on humanitarian aid organised by The Israel Forum for International Humanitarian Aid (IsraAID), given that the criminal actions of the Israeli state have resulted in the Palestinians being more dependent on humanitarian aid than any people on earth. The impoverishment of Palestinians directly due to the Israeli occupation is starkly outlined by Save the Children in its report Life on the Edge: "Tens of thousands of Palestinian families risk being forced to leave their homes as a result of Israeli policies in the occupied territory. More than half of those affected are children." (4)

You might consider that in July 2004 dozens of Palestinian federations, associations, and civil society organizations called "upon our colleagues in the international community to comprehensively and consistently boycott all Israeli academic and cultural institutions as a contribution to the struggle to end Israel’s occupation, colonization and system of apartheid…", and in particular to "refrain from participation in any form of academic and cultural cooperation, collaboration or joint projects with Israeli institutions" (note that this call is not directed against individuals). (5)

This was reinforced a year later by a more comprehensive call from some 170 Palestinian civil society organisations for Boycott, Divestment and Sanctions against the Israeli state "until Israel meets its obligation to recognize the Palestinian people‘s inalienable right to self-determination and fully complies with the precepts of international law." (6) A year later again, over 100 Palestinian Filmmakers, Artists and Cultural Workers called for a cultural boycott in similar terms. (7)

Although you are being honoured for your humanitarianism rather than your music, you might consider that recently such colleagues of yours as Roger Waters (who declared his "solidarity, not only with the people of Palestine, but also with the many thousands of Israelis who disagree with their government’s racist and colonial policies, by joining a campaign of Boycott, Divestment, and Sanctions against Israel…") (8) and Elvis Costello ("there are occasions when merely having your name added to a concert schedule may be interpreted as a political act that resonates more than anything that might be sung and it may be assumed that one has no mind for the suffering of the innocent… ") (9) have rejected invitations to perform in Israel.

Not least, at time of writing some 210 Irish creative and performing artists – musicians constituting the largest single group – have signed a pledge undertaking not to accept invitations to Israel. (10)

You might consider that such organisations as the Alternative Information Centre (AIC, composed of Israelis and Palestinians) and BOYCOTT! Supporting the Palestinian BDS call from within  (composed of Jewish and Palestinian citizens of Israel) have called upon you, in the words of the AIC, "to personally honour [your] commitment to human rights and refuse to accept the honorary degree from Ben Gurion University." (11)

If, after consideration of these points, you still decide to accept the honorary doctorate from BGU, which is a part of the Israeli state establishment, you may well stand accused of placing the oppressor’s flattery above the victim’s plea for solidarity. You will have lent yourself heedlessly to exploitation by a rogue state that has mastered the art of propaganda and whitewash, as happened in 2007 when you were enlisted by the Libyan regime to perform in Benghazi. (12) You will have lost all credibility as a defender of the rights of the dispossessed and immiserated of this world.