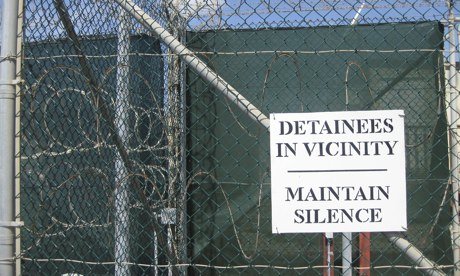 An official investigation into the extent of the UK’s involvement in rendition and torture after 9/11 is reported to have concluded that British intelligence officers were aware that detainees were being mistreated in prisons across the globe.

The Gibson inquiry report recommends that further inquiries now be made to establish how far ministers were responsible, according to the Times.

The inquiry headed by Sir Peter Gibson, a former appeal court judge, was shelved before any witnesses gave evidence, amid a behind-the-scenes dispute over the control of information that was to be made public, and after police launched their own investigations.

However, Gibson completed an interim report based on an examination of documentary evidence, and a version is to be published next week, almost 18 months after it was sent to the prime minister.

Following the disclosures of the mass digital surveillance operations being mounted by the UK and the US, it appears likely that the contents of the Gibson report will add to the pressure for more effective democratic oversight of the UK’s intelligence agencies.

Gibson has concluded that there is evidence that British intelligence officers were aware that detainees were being mistreated at US-run detention facilities in Afghanistan and at Guantánamo Bay, and at prisons in Pakistan, according to the Times.

It is unclear what the report says about the UK-Libyan rendition operations that resulted in two Libyan dissidents and their families being kidnapped and taken to Tripoli in 2004, a few days either side of Tony Blair’s first visit to the country.

While there is said to be no direct criticism of Jack Straw, who was foreign secretary at the time, Gibson is said to have recommended that more inquiries be made to establish how much he and his aides knew about the circumstances in which MI5 and MI6 officers were interrogating detainees.

The Cabinet Office refused to say whether the report being published next week has been redacted. However, a spokesperson said the government remained committed to holding "an independent judge-led inquiry" once a number of police investigations have concluded.

Scotland Yard is carrying out four separate criminal investigations into the Libyan renditions and into the actions of UK intelligence officers at Guantánamo and at a prison at Bagram, north of Kabul.

Detectives have also been attempting to trace responsibility, up the agencies’ chain of command and beyond, but their inquiries have been frustrated on occasion by the lack of co-operation from the CIA and difficulties in obtaining visas to enter countries such as Saudi Arabia, where some witnesses are living.

Meanwhile, two victims of the Libyan rendition operations are pressing ahead with a civil claim for damages from MI5 and MI6, Straw and Sir Mark Allen, former head of counter-terrorism at MI6.

Human rights groups expressed concern that the government might renege on its pledge to hold an independent judge-led inquiry, and attempt instead to hand the matter over to the intelligence and security committee, the body of MPs and peers that has already faced criticism for allegedly ignoring the agencies’ involvement in rendition and for overlooking the mass surveillance programmes.

Clare Algar, executive director of Reprieve, said: "This is far from the end of the story – the government must not now try to wriggle out of its commitment to hold a proper, independent inquiry into UK complicity in rendition and torture."

Shami Chakrabarti, director of Liberty, said it appeared that the inquiry process was going to end in a whitewash. "It’s a fittingly embarrassing end to what has been a bad joke from the start."