World Against War Demo – 5th Anniversary of occupation of Iraq 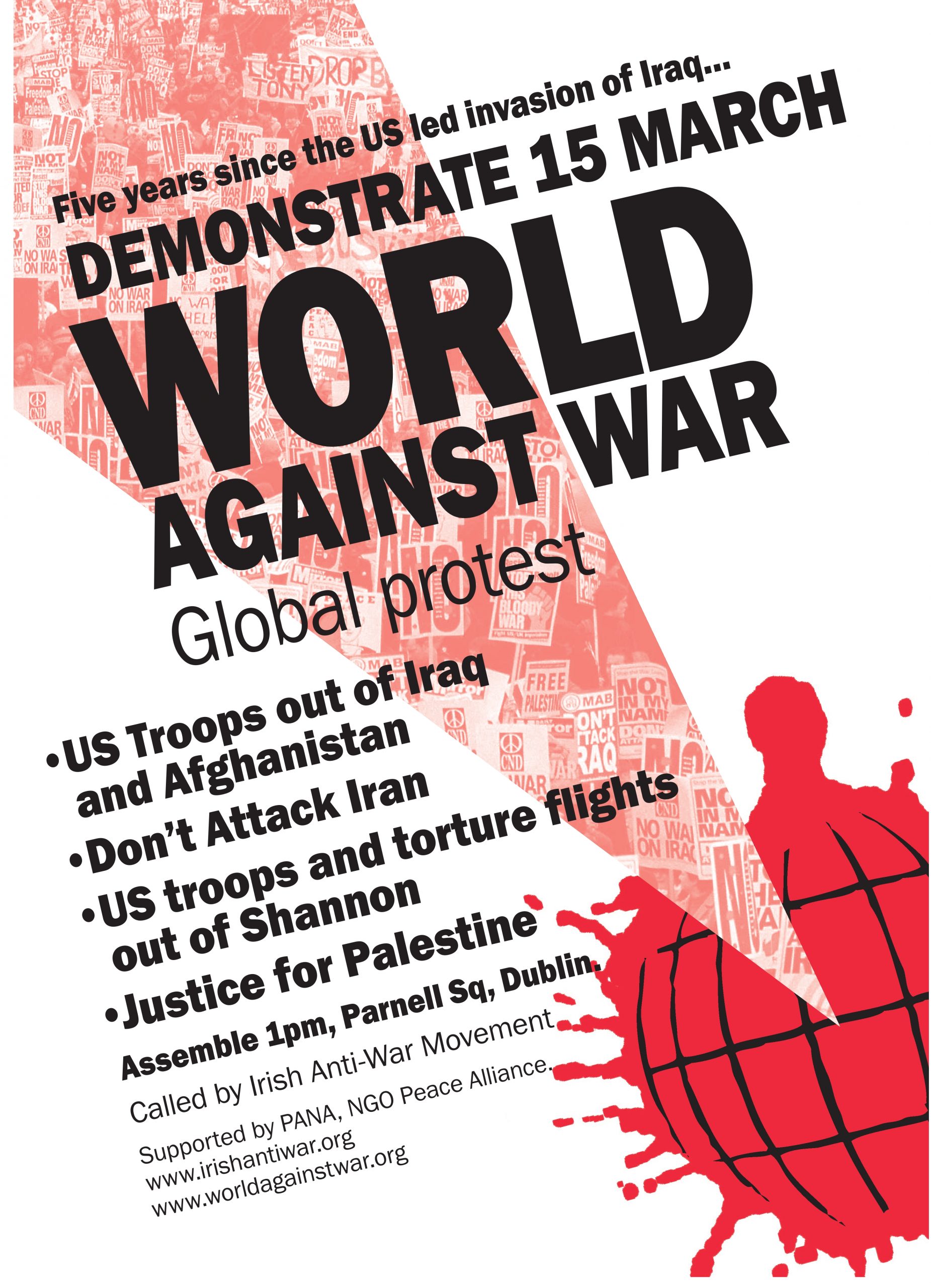 Five years after the US led invasion of Iraq
the world is a far more dangerous place. Estimates
suggest over a million Iraqi’s have
died as a result of the war. Four million have
been driven from their homes. The social
and economic infrastructure of the country
has been shattered.

The US say they are bringing democracy to
Iraq, yet the vast majority of Iraqi’s, whether
Sunni or Shia want US troops to withdraw.
The majority of people in both the US and
UK want their troops brought home but
Bush and Brown still say no.

In Afghanistan, tens of thousands have died
as a result of the NATO occupation. The US
military are spending $65,000 per minute
on the conflict and there are four times
more air strikes than in Iraq.

The instability is spreading. The current
turmoil in Pakistan is partly a result of the
so-called “war on terror” as was the earlier
Israeli invasion of Lebanon.

Despite recent rhetoric from Bush the terrible
oppression of the Palestinian people
under Israeli occupation continues.
Incredibly, after the disaster of Iraq, Bush
and his Israeli allies are again cranking up
threats of a further war against Iran.

Against the wishes of the majority of Irish
people, the Irish government is up to its
neck in the US led war agenda. Over one
million US troops have passed through

Shannon on route to
kill and be killed in Iraq and elsewhere.
The Irish government
are still facilitating
CIA flights known to be
involved in an illegal kidnapping
and torture programme. Bertie Ahern’s
government, now joined by the Green Party,
have destroyed Irish neutrality.

March 2008 marks the fifth anniversary
of the US occupation of Iraq. The best way
to mark this anniversary is to demand that
the US and British forces withdraw their
troops from Iraq and Afghanistan and halt
their threats against Iran. Crucially, we must
demand that the Irish government ends
its complicity with the US war and torture
machine at Shannon.

The Irish Anti-War Movement, supported
by the Peace & Neutrality Alliance and the
NGO Peace Alliance are calling for a major
demonstration on Saturday March 15th
at 1pm, assembling at Parnell Square in
Dublin.

The protest is part of a global week of action
to mark the anniversary that will see
demonstrations across the globe from
Washington to Beirut, from London to Sydney
to Seoul.

We appeal to the Irish public to join the
global protests and demand an end to war,
occupation and our government’s complicity
at Shannon.